I’m a well-off, well-educated, straight, white man living in the US, so I sit in the intersection of pretty much every dimension of privilege. I’m also a radical committed to real freedom and equality for everyone, for the destruction of all these systems of oppression. So the question I’m often faced with is: what should I work on? To what specific struggles should I contribute?

Over the years I’ve become more and more convinced that patriarchy is a linchpin hierarchy, upholding many others. It’s also historically ancient: even among the most egalitarian, classless, aboriginal societies anthropologists have reported on, most have some degree of patriarchy, and this seems to have gotten distinctly worse with the rise of agriculture, settlements, and class structure.

Accordingly, I have, for example, worked on campaigns for LGBT rights, because I believe that attacking homophobia and discrimination against LGBT people is fundamentally feminist: the basis for these kinds of discrimination is that men and boys should act certain ways, and women and girls should act certain other ways, and there are no exceptions. I can see from years of living in San Francisco how a queer-friendly environment allows even the straightest, most gender-conformant people freedom from gender and sexuality norms that don’t suit them.

END_OF_DOCUMENT_TOKEN_TO_BE_REPLACED

Everybody’s heard the “I Have a Dream” speech, or at least an excerpt. This is in many ways a much more profound speech.

You might think from my lack of posting that not much has been going on. On the contrary, so much has been going on, and there’s so much I want to write, but I have been utterly busy in this extraordinary historical moment. This is a revolutionary time. What seems possible changes almost day-to-day. Politics are quite literally unpredictable.

I recently read a great account of a timid liberal’s changes through participation in Occupy Oakland. A homeless man below tells how Occupy Atlanta has saved him from crack addiction.

The Occupy movement has changed me, too. At first, I took an observer’s stance. A couple of weeks in, I joined the October 5th march around the city – a march that was extremely positive and open, without any feelings of fear or aggression. The police behaved well, blocking traffic to help the march (which I believe was unpermitted).

END_OF_DOCUMENT_TOKEN_TO_BE_REPLACED

It’s over. The long national nightmare of navel-gazing, self-pity, self-indulgence, and excuse-making has at last come to an end.

This is your official notice: effectively immediately, the phrase “post-9/11 world” is obsolete. It has been permanently retired.

It had a good run. A full decade. I have even given you an extra day or so of leeway. But “post-9/11” must now go. For to keep it around, whether out of laziness, convenience, or just force of habit, would be to cheapen and debase it (further). We don’t refer to a “post-Berlin Wall” world, do we? Or “post-JFK”? History is too far advanced for us to still be “post-Civil War” or even “post-World War Two”. 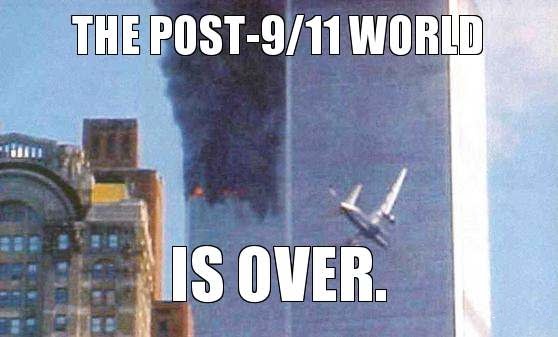 Yesterday was Alan Turing‘s birthday, and this weekend is LGBT “Pride” weekend. And never the twain shall meet, it seems.

Turing played a huge role in laying the theoretical foundation for computing. His life is considered computer history, and for some reason, this means it can’t be part of queer history, even though he was gay, he was persecuted and prosecuted for being gay, and he killed himself after receiving the humiliation of chemical castration by estrogen “treatments”. In the same way that black history is given its own month and treated as separate from other history, LGBT history is segregated from other history as well. If it doesn’t specifically pertain to the history of LGBT civil rights, apparently it doesn’t count.

Needless to say, I think this is ridiculous. I also think it’s incredibly self-defeating for the LGBT movement not to make more of the overlapping history it does have. Turing is a clear case of a genius whose life was cut short by homophobia. Some of the graybeards who were instrumental in the early Unix days of the 1970s are still making huge contributions to computer science – inventing the Go language and the widely-used UTF-8 encoding system for Unicode characters, for example. Turing died at the age of 41; he could easily have lived to see the beginning of the Unix epoch and made even more amazing contributions. He might also have had more insights into biology, especially developmental biology.

I think it’s important that we make clear these connections: that the world lost a brilliant mathematician and scientist to the bigotry of the day. It’s great that the British government apologized in 2009 for what it did six decades ago, but even better would be to tackle today’s discriminations – against trans people and Muslims to name two groups – that unfairly cut short the potential of both individuals and of the societies of which they are a part.

Yesterday, May 22nd, would have been Harvey Milk‘s 81st birthday. In San Francisco people held rallies and celebrations.

END_OF_DOCUMENT_TOKEN_TO_BE_REPLACED

I recently saw a Jeep with a spare tire cover that said “Every Month is Black History Month”. Hell yeah!

Too often, black history is relegated off into some corner, as if it were separate – segregated, one might say – from the rest of history. When said like that, it’s obvious nonsense, but it’s amazing how we (I speak here of mainstream US society) cut ourselves off from what is, in the end, our own history. 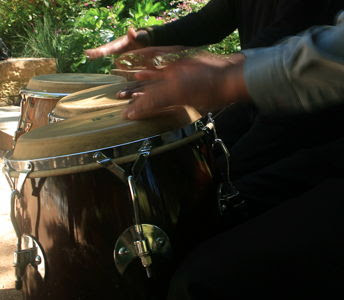