A few weeks ago I closed my U.S. Bank credit card. I recently wrote a letter the U.S. Bank executives explaining that it is because they are a bigger funder of the Dakota Access Pipeline (DAPL). Here’s the letter:

Recently I closed my U.S. Bank credit card. I have not had any negative experiences with U.S. Bank, but I learned that the bank is one of the biggest funders of the Dakota Access Pipeline (DAPL), and heeded the calls from #NoDAPL organizers to close accounts with U.S. Bank.

It is worth remembering that the fight at Standing Rock over the DAPL is first and foremost about respecting the sovereignty and land of American Indian tribes. Only secondarily is it about fossil fuels and climate change. However, as a climate activist, that secondary motive is very important to me, as it should be to you.

Funding a fossil fuel project is fundamentally at odds with the function of a bank. The role of a bank is to facilitate investment: the use of today’s money to build things that will generate value over time. Building fossil fuel infrastructure now destroys value. Generations will suffer and have to pay dearly for the damage generated by new oil and gas pipelines, coal mines, and the like.

What you are doing is enriching yourselves in the present at the expense of the future, and that is the exact opposite of investment.

If you would like to join me, check out Yes Magazine’s article on which banks are funding DAPL and how to contact them. 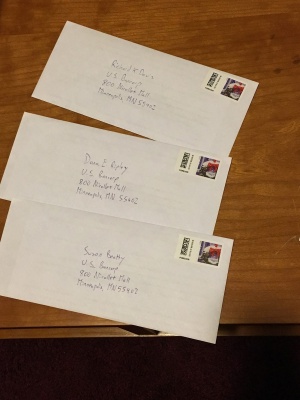