After having a blast doing a photo shoot for the Tastes Like Tar Sands campaign, I and some friends planned a supporting action that was not officially part of the campaign.

I had been in a bar which had a Giants home game on TV and I had noticed the giant Coke bottle in the background. Aha! So ripe for a banner drop of some kind!

After checking out the structure, we realized that it would take some serious skills and probably some climbing equipment to safely put a banner on or around the Coke bottle itself – it is a giant structure. Instead, we decided to hang the banner from the railing in front of the bottle, and furthermore we could just hold it rather than attach it. That way, we would piss off security and management less, and we would probably get to keep the banner.

In short order the banner was designed and printed just in time for the last game of the 2013 season. We set out with a few extra hands, a videographer, and a couple of photographers.

It was a beautiful day and an exciting baseball game. After watching two-thirds of it, we positioned ourselves, and at the conclusion of the seventh inning – so as not to distract from live gameplay – we unrolled the 40′ x 7′ banner and unfurled it over the railing.

Here’s a shot of us from below (I’m in the green t-shirt): 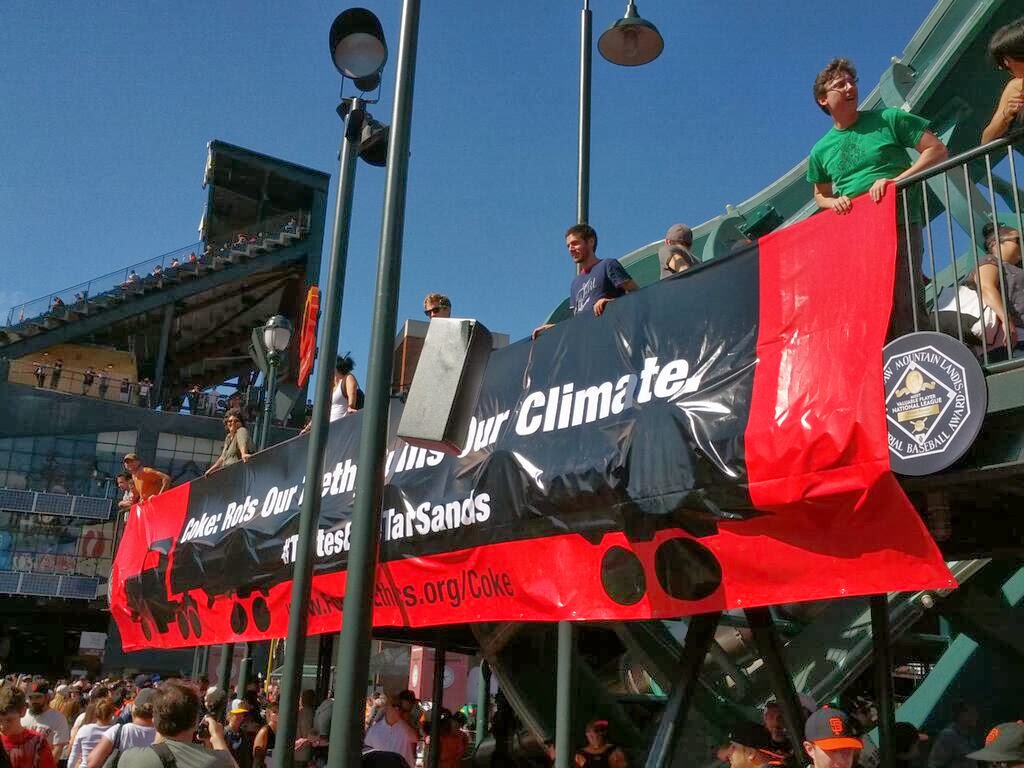 And here’s the best pic, a wide view with relatively clear text: 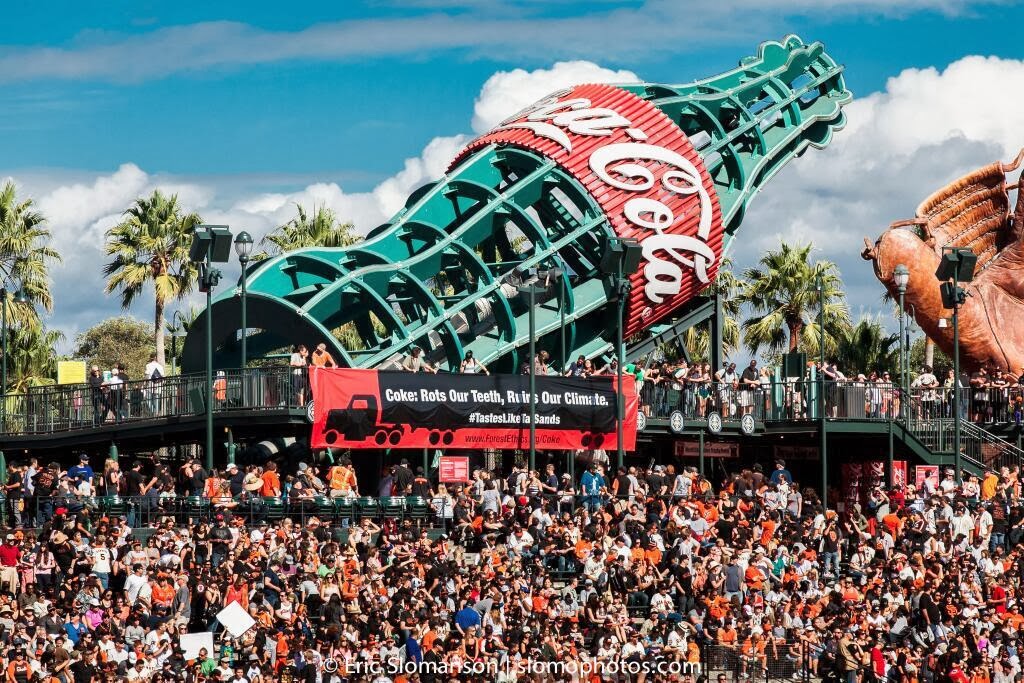 We had it out for a good couple of minutes before we were made to leave. We expected that we would get thrown out of the stadium, and that’s exactly what happened, but it was surprisingly civil. Outside, we held up the banner a few dozen feet away from the stadium and took some more pictures with the Bay in the background, and then rolled it up and headed out for some well-deserved drinks.