On December 17th, 2011, Occupy SF and friends had a demonstration in support of the three-month anniversary of Occupy and the 24th birthday of Bradley Manning. It was also the second day of Bradley’s long-delayed trial.

When we arrived, a couple people set up tents, there were some speakers, and then, cake! 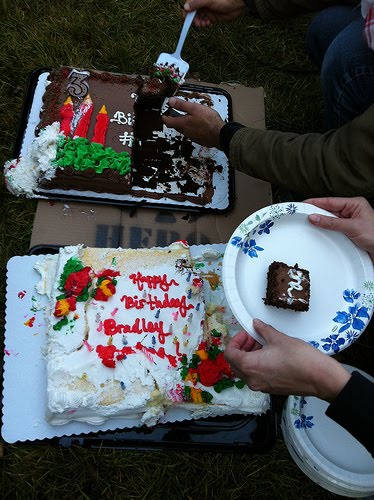 I noticed a couple creepy-looking cops, one of whom was videotaping the whole march and rally:

I really enjoyed the festivities at the end. A couple of musicians were quite good. In particular I loved the song by Vic Sadot, with the refrain “We have the courage to resist” that people joined in on:

You can read updates from the trial and make donations at the Bradley Manning Support Network website.