Note: I provided the following as a public comment to the State Department. The last day to submit comments is the day I am posting this, April 22nd, 2013. You can easily add your name to comments from 350.org.

Later today (Earth Day, April 22nd, 2013), I am going to engage in civil disobedience in San Francisco to pressure the State Department and Obama to reject the Keystone XL pipeline proposal.

I am part of a growing and determined movement to move us off of our addiction to fossil fuels – to keep the oil in the ground. A key part of that goal is stopping the mining of tar sands, which Michael Brune of the Sierra Club says “is symbolic of development that is not sustainable”. Right now the first step is preventing Keystone XL from being built.

The core of the Draft Supplemental Environmental Impact Statement (SEIS) for the proposed Keystone XL pipeline is section 1.4, titled “Market Analysis”. In it are tucked away all the assumptions and the mindset that leads to the glib conclusion that Keystone XL would not substantially contribute to greenhouse gas emissions.

The basic argument is that the alternative ways to move tar sands oil to refineries are more polluting, and that the tar sands will be developed regardless of the decision on the Keystone XL proposal. Therefore, the logic goes, you might as well approve the pipeline. 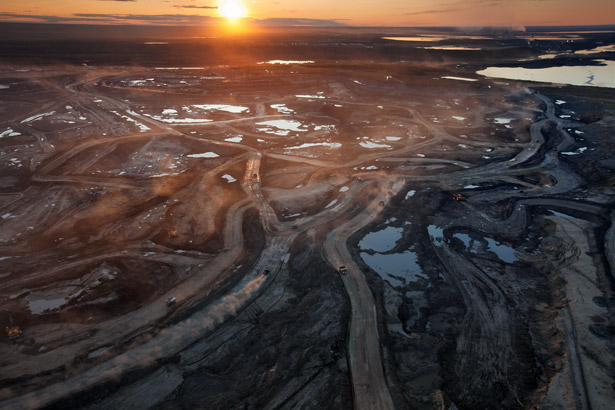 But that’s the whole problem – “the market” is insane. It is leading us to catastrophic climate change. We need to interfere with the market. “Fundamental changes to the world crude oil market, and/or [more] far reaching actions than are evaluated in this Supplemental EIS, would be required to significantly impact the rate of production in the oil sands.” (Page 1.4-2)

And thankfully, that’s happening. Other pipeline projects “face significant opposition from various groups”. (Page 1.4-26) Here in the San Francisco Bay Area, there is an active campaign to make sure that tar sands oil is not refined in Richmond, California. No doubt there are similar campaigns elsewhere. We will attempt to stop the destruction of the boreal forest, to stop the strip mining, to stop the pipelines and the trains and the ships, and to prevent the refining, distribution, and sale of products from tar sands oil.

The State Department and President Obama can either help us in our effort to turn us back from catastrophic climate change, or they can try to hinder us. It would be “in the national interest” to come willingly and lead the way to a sustainable future. But we will act regardless.

Note: I emailed these comments in response to the US Patent and Trademark Office’s “Listening Sessions” where they solicited opinions on how to fix the software patent system, which pretty much everyone agrees is broken.

I have several points to make about software patents, most of which come under the topic of “potential future topics” and many of which, I realize, the USPTO cannot act on without new law from Congress. I’m glad the USPTO is acknowledging that there are some real problems with software patents, but I think that they’re asking the wrong questions. They’re also asking the wrong people.

To summarize my bottom-line view on software patents, based in part on spending 15 years as a professional programmer and having worked at four startups: software should not be patentable at all. If we allow software patents, there are three things we can do to make them less damaging:

END_OF_DOCUMENT_TOKEN_TO_BE_REPLACED

Here is a small but very important and effective way you can improve life for two million people in the US and their families. 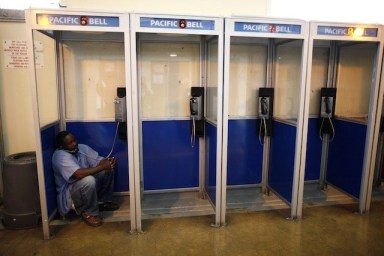 From the excellent SF Bayview newspaper I found out about this promising proposed rulemaking by the FCC. As you may know if you have ever had to communicate with somebody in prison, the phone rates are exorbitant. There can be per-call and per-minute charges, as well as usurious fees simply to transfer money into a prisoner’s account. The boyfriend of one prisoner writes:

My girlfriend is currently incarcerated in Kentucky. Every time she calls me through the prison call system it costs $8.17. On top of that, every time I put money on my account with Securus, whether it is $10 or $500 it costs $6.95 per transaction. It has cost me almost $100 for eight phone calls lasting fifteen minutes each.

END_OF_DOCUMENT_TOKEN_TO_BE_REPLACED

Hello, my name is Martin MacKerel. I spoke at the special BART Board meeting about the phone service cutoff on August 11th.

First of all, I want to thank you for listening. A few times I have spoken at public meetings of other bodies, and usually the public participation seems just for show. Your meeting seemed genuine.

I have a couple of responses to statements at the meeting. I agree strongly with Edward Hasbrouck’s point that it is not appropriate for BART staff or the Board to have the sole power to temporarily shut off service; instead, the staff should get an injunction from a judge. This is in keeping with the long-standing American idea of checks and balances.

END_OF_DOCUMENT_TOKEN_TO_BE_REPLACED

I spoke at a special BART Board meeting this morning about their cutting of cellphone service during a protest. I thought that the board actually seemed open and interested in public input, in contrast to most public hearings I’ve been to. The President of the Board, Bob Franklin, actually came up to me briefly afterwards and thanked me for my attitude – I had said in my comment that I was taking the Board at their word and meeting in this “appropriate” forum for dialogue before engaging in protest. The meeting did, actually, feel like part of a dialogue.

I came out strongly against the action and in favor of free speech, and pointed out that it took a riot in January 2009 to get Mehserle arrested. One might blame the immaturity of the rioters, but it would be more instructive to consider the deafness of the power structure.

END_OF_DOCUMENT_TOKEN_TO_BE_REPLACED

This is in response to the proposal to require surveillance cameras, ID scanners, data retention, and super-easy police access to data for all SF clubs.

I attended the Entertainment Commission meeting on April 12th at 6:30pm at City Hall, Room 400. They “continued” (postponed) the issue because the mayor wants to look at it. Not sure whether that’s a good or a bad sign. Many people left, but many stayed and all the comments were against. I imagine that you can still submit comments to the email addresses on their contact page. Email the Commission Aide and ask that it be made part of the Public Communications File and forwarded in real-time to the Commission members.

Also join Save the Rave.

I like to dance, but it’s difficult for me because I’ll get self-conscious. Having surveillance cameras all over a club makes it damn near impossible unless I get really drunk – hardly an intended consequence, I would imagine.

When picking a venue for my wedding reception, one thing I looked for was an absence of surveillance cameras. I was glad to find an awesome, sizable venue that didn’t have any cameras. I was able to relax, have fun, and dance my ass off. It was a great night. This recent proposal to the San Francisco Entertainment Commission endangers this. It would mean that many venues would be forced to install surveillance equipment. Given its size, no doubt my wedding venue would be one of them. Just one year later, that simple, empowering experience I had might not be possible any longer – at least not in San Francisco, in a venue that size.

However, I don’t want to debate the merits of this proposal or try to plead why it’s a bad idea. It’s obviously a TERRIBLE idea! Shortly after the SFPD is caught illegally entering people’s residences and forging paperwork, this proposal would give the police more power and less accountability, and set up more of a surveillance infrastructure in our fine city. The very nature of the requirements – keep lots of information on the basis of generalized suspicion – flies in the face of Fourth Amendment principles.

The Entertainment Commission is here considering the opposite of what it ought to be doing. It ought to be regulating the club owners’ ability to surveille and keep information on patrons. It should at a minimum regulate video surveillance, ban ID scanning, forbid owners from using automated means to determine the real identity of patrons, and outlaw any kind of blacklist.

The fact that this proposal is before the Commission is itself a travesty. It never should have even gotten this far.

PS For a look at the larger concerns raised by this crazy proposal, see my post on The New Surveillance, The New Blacklist.